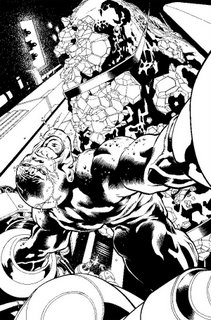 In the fastest turnaround EVER, my latest interview to promote the Green Lantern Corps stuff has been posted today--in spite of the fact that I just finished forwarding the answers to the questions last night. I wasn't expecting it to be posted until December when the book ships yet, nonetheless, here it is for the world to read and make fun of...

One thing I noticed while looking through the art is that the colored pieces (the covers for issues #7 and #8) aren't the final colored versions. I think those are temps that were rushed through to have something to advertise in solicitations. I've seen the finished colored covers and the difference between the two versions is staggering.

The art pictured here is page three from issue #7 by the great Patrick Gleason and Prentis Rollins. I was thinking of posting the script for this page and comparing it to what they drew, maybe I'll do that later this week.

Hope you enjoy the interview if you take a few minutes to read it!
Posted by keith champagne at 10:57 AM 4 comments: 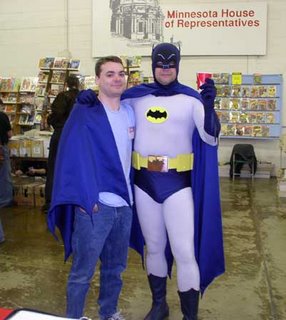 Long delayed in the telling but I had a fun time at Fallcon earlier this month.

This was the first show I've attended where I've been flown out and put up on the convention's dime and, somehow, in some strange way, it makes the whole convention process much more...pleasant. The people behind the convention treated me like gold the entire weekend and I left having had a good time at a show, probably the first time that's happened in about five years. I would chalk up that rare experience to the first class treatment from the convention people, meeting some nice fans, and getting to spend some time with The Minnesota Wrecking Crew, consisting of artists Doug Mahnke, Pat Gleason, and Shawn Moll. Aside from being more talented than I am, they're all much nicer than me.

Pat is currently drawing my Green Lantern Corps arc so it was nice to get to sit down with him and talk about the work a bit. I've been honestly blown away by his interpretation of my scripts and can't wait for the rest of the world to see how great this stuff looks.

Shawn Moll is an artist on the rise and I was glad to meet him in person after being aquainted over the Internet for a couple of years. He's breaking big right now with his work on DC's 52 and I'd be surprised if he doesn't pop up working for Marvel soon. Even though I wussed out of rolling with him and flew home a little early to get back and see my son, I'm still 100% confident I'll tap him out numerous times the next chance I get. Tremble in fear, Shawn. I did you a favor leaving early, you'd be a crippled shell of a man if I had stayed.

And Doug is...Doug. You'd be hard pressed to find a more solid guy and a better artist in this business. Plus he has the strength of ten men and lesser men tremble beneath his gaze. My next goal as a writer is to snare Doug and work together on something. I've already started weaving an intricate web to lure him in.

I also spent a little time with Gordon Purcell, who I'm planning on pitching a project with. For whatever reason, while talking to him, I got the urge to do a giant, Godzilla-like monster book together so when my schedule calms down, it's something I'll try to put together, together.

Most importantly, I got to spend some time with my friend, none other than the legendary Tom Nguyen. If it wasn't for Tom, I would have never gotten out to the show in the first place; it was due to his networking that I made the trip so...thanks, Tom.

Tom is an interesting guy. Aside from being a competetive bodybuilder, he's been inking professionally for about ten years, I'd guess. Maybe more, I'm not exactly sure. But he unabashedly HATES inking, he only does it to pay the bills until something better comes along.

'Something better' meaning pencilling (which he's very qualified to do), which is right around the corner for him. His stuff is all there; in fact, he's better than a great deal of the pencillers working right now. All it's going to take is the right editor at the right time and he'll be rocking and rolling. Check out his work and gorgeous cheesecake paintings at www.tomnguyenart.com. If you're a beauty pageant winner or have posed for Playboy, you're qualified to pose for Tom so feel free to fill out his model application.

Tom also has superhuman endurance. He literally did not sleep for two straight days, Friday through Sunday night, spending his days at the convention and his nights working feverishly to finish a painting of the model who was working his booth on Sunday. I forget her name but I know it wasn't Shannon which, ignorantly, is what I called her all day.

Two days with no sleep would ruin me but Tom didn't even seem that grouchy. If he was, he kept it on the inside.

All in all, a good time and, luckily, I was in the right place at the right time and saved a little girl from drowning in my hotel's jacuzzi the first night I was there. Anyone would have done the same thing, no big deal, but I'm thankful I happened to be there when someone was needed.

Tune in next time for some topic I haven't thought up yet.
Posted by keith champagne at 6:50 PM 4 comments: 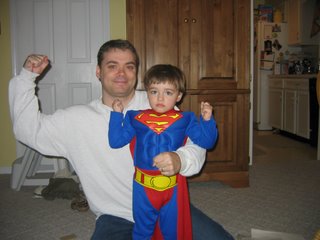 Somebody got his costume in the mail today. Yes, as you can tell, this year for Halloween, I've decided to dress up like a rapidly-approaching-middle age father/artist/writer.

Jack? Oh, that's just his casual, everyday, around the house apparel. I'm happy to report that my household is crime free since he rocketed to Earth from a distant, dying planet.
Posted by keith champagne at 6:47 PM 6 comments:

A story worth reading...

Back soon with a full write up of Fallcon last weekend...I've been so swamped I'm going to change my name to Okeefenokee.

Easy reference for you comic geeks!
Posted by keith champagne at 11:12 AM 7 comments:

For the millions of twin city Champagne fanatics out there, I will be appearing at Fallcon in Minnesota this weekend, Oct 7th and 8th. I should be easy to find; I'll be the insanely handsome and ruggedly charming man sitting next to the misogynistic, miniature Vietnamese inker known only as Tom Nguyen.

Stop by and make fun of Tom with me. It never gets old!
Posted by keith champagne at 10:03 AM 3 comments: