While I've got a few minutes, it seems like a good time to mention that I'll be appearing this coming weekend, Saturday and Sunday, at FALLCON in Minnesota. For those keeping score at home, this is my third year in a row attending. I've had a great time the first two years so it makes me wonder what kind of charm the third will be.

This is Fallcon's big 20th anniversary show and it seems like they're blowing the roof off in terms of their guest list. Even Tomasi is making a rare convention appearance for the show which--I believe--has been moved to a bigger venue to accomodate (sp?) the larger crowds they're expecting. And of course, my beloved Minnesota Wrecking Crew will be out in full force and I'm looking forward to catching up with the boys.

Last year, I remember the show being ridiculously hot and humid which seemed ironic, seeing as it's Minnesota in October. I remember Moira showed me the coolest letter ever, a reply she got from Julie Schwartz when she was younger. And how can I forget Lewis (and his hat), who I enjoyed chatting with off and on over the course of the weekend. Who knows what kind of memories this year will bring? Prince Valiant (he better be there)? Mud wrestling (my money is on Mahnke!)? A wedding ceremony (I believe a couple is actually being married after the show on Saturday). I guess you'll have to be there to find out with me!

Seriously, Nick Post puts on a great show. Hope to see you there. I'll update next week with pics and maybe an announcement or two.

Thanks for reading,
Keith
Posted by keith champagne at 1:33 PM 4 comments: 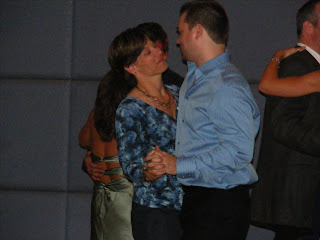 My twenty year high school reunion has come and gone and I had a great time mingling with old friends and learning what many of the faces and names of my childhood have gone on to accomplish in their lives. It's heartening to see so many doing well and aging gracefully. I was initially reluctant to attend the reunion because I wasn't sure what I would really have in common with anyone anymore. But like a bad Disney movie (thanks, Matt Damon), at the end of the day I learned an important lesson. Old friends are the best kind. We're all the same, cut from the same cloth, and there's an instinctive comraderie among those who went through puberty together.

So in the spirit of high school, here's a few official MHS class of 88 awards. And while these names won't mean anything to the comic book readers of my blog, I learned that more than a few of my old friends read this stupid thing. So this one's for them.

And in closing, in a nice bit of symmetry, the pic on this entry is my friend Dawn and I, all grown up from the earlier pic of us going to our freshman homecoming dance. My haircut is a little better this time around. By next time, I probably won't have any hair at all.

I've been meaning to add a couple of new links below to noteworthy blogs that I think are worth the time. But I'm a busy, forgetful little fella who really only thinks about himself so I haven't done it yet.

First up is www.warrenmartineck.blogspot.com. Warren is a friend of mine and one of my former roommates at the Kubert School. He's one of America's leading sketch card artists, I'm always amazed at how much detail he can cram into one of those little image areas. He's also branching back into comics so I say keep on eye on his blog and watch where he ends up in a couple of years.

Secondly is www.Chrissamnee.com. I haven't met him personally but I'll be working with Chris on a project for DC in a few months time. I've gotten to know his work through his blog. Don't know how he finds time for the daily sketches but they're all sweet and I admire his dedication to posting one every day. So check that one out, too.

Over and out for now. Don't worry, I'll go back to talking all about myself next time.
Posted by keith champagne at 1:46 PM 2 comments:

I've known about this for a while so, feeling guilty that I've barely blogged in the past few weeks, let me spill some more beans about THE MIGHTY.

First, you may ask yourself "what in the wide world of sports is The Mighty?"

Well, The Mighty is a new, ongoing series at DC. It's co-written by myself and Pete Tomasi, or as he likes to be called in the credit box, "Peter J. Tomasi," with some great art by Peter Snejberg. Trust me, it's cool stuff.

Anyway, we've been plugging away in the shadows on The Mighty for about a year now so I'm happy to report that we're far enough ahead that we're the book is now on the schedule. The first issue will be solicited in October and published in January. I'm excited to get it out there, I feel like I've had a really cool secret I've been dying to share for too long.

So keep an eye out! There will be plenty more details coming soon as we begin to promote the book. Tomasi and I own this one so we're both very committed to getting the word out and building some buzz.
Posted by keith champagne at 5:37 PM 5 comments:

So, yeah...not much to blog about lately. Anyone got any topics of interest worth discussing?
Posted by keith champagne at 10:28 AM 5 comments: