So I got an Ipod for Christmas. Actually, my wife and I got each other Ipods for Christmas, neither one of us knowing what the other one was buying. So I think we are officially the last two people in the world to finally get Ipods.

Anyway, I've been having a lot of fun with it so far. One of the things I've been enjoying are podcasts, a bunch of which I've subscribed to over the past few days. My favorite of the bunch, one that I plugged here on my blog long ago, is Indie Spinner Rack, produced each week by Charlito and Mr. Phil.

In the interest of full disclosure, I'll admit that I went to the Kubert School with Charlito and he's one of my best friends that I almost never talk to. So even though he and I only bump into each other on an infrequent basis these days, I'm still kind of biased.

Biased or not, Charlito and Mr. Phil put together a very funny and entertaining show every week. They have good chemistry together and you can tell they're having a lot of fun. Their show is very popular--they even have their own forum-- and they often have big name independent artists on as guests. It makes me rue the fact that I'm a mainstream superhero guy. I don't think I'm quite interesting enough to be interviewed on the Spinner Rack.

Anyway, I had forgotten how good their podcast was because I had fallen out of the habit of listening. Now that it's being delivered to my shiny new Ipod, I'm glad to be able to catch up on all the episodes I missed. You can find it at www.indiespinnerrack.com if you're interested.

And if anyone has any interesting podcasts that they listen to, feel free to share. I'm looking for good material to listen to.
Posted by keith champagne at 5:54 PM 3 comments: 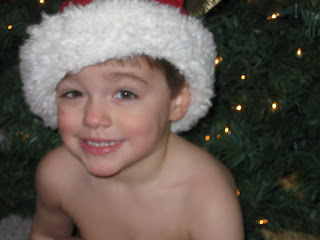 Merry Christmas, everybody! Wishing you all, friends and anonymous readers alike, a happy holiday.

Well, my first issue of Green Lantern Corps has been out for about a week now and I think it's safe to say that the reaction has been overwhelmingly positive. I've yet to read a single negative comment online and I spent a good chunk of time reading different message boards and reviews the other night, seeing what people had to say.

Here are a few links that are demonstrative of the voices of the fans...

If anyone runs across a review online, feel free to post a link in the comments section.

It's very gratifying and good for the ego to see something I worked so hard on received so well by the people who plunk down their hard earned money to read. One point I would like to make, however...

A lot of people, after enjoying my first issue, seem to be jumping on the Champagne bandwagon and suggesting that DC replace the regular writer, Dave Gibbons, in favor of me.

That's insanely flattering but you guys are CRAZY!! Dave Gibbons is comic book ROYALTY and we're all lucky to be getting the guy to write (and sometimes draw) the book on a monthly basis. Believe me, it's much easier to jump into the mix for a few issues, throw everything at the wall, and walk off stage hopefully having made a big splash instead of a big mess.

Mr. Gibbons is in the trenches, month in and month out, patiently developing a longer term plan for the book. Sit back, relax, and enjoy the story that he's weaving. I think when he's finished his tenure on the book, you'll be glad I was only interrupting things for a few issues.

Seriously. I'm not even in his league! At least not yet...
Posted by keith champagne at 11:13 AM 8 comments:

Probably the most powerful film I've ever seen. I had tears rolling down my cheeks for the last half an hour.

It gets my highest possible recommendation but I wouldn't watch it unless you have some time afterwards to digest it.
Posted by keith champagne at 10:00 AM 1 comment:

Big day for me and my little writing career Wednesday as the first issue of my Green Lantern Corps story--along with my Green Lantern Xmas story--hit the stands. If you check it out, I hope that you'll enjoy them both.

When I got my comps last week, it was interesting to note that DC changed the title of it's Christmas special from "Infinite Christmas" to "Infinite Holiday." Since when did the word 'Christmas' become such a landmine that it's considered offensive to use it in the title of a comic? The world is ridiculous.

Anyway, if I can just figure out what's going on with the Xena annual I wrote, my December will be complete. I have no idea when it's getting released at this point and I can't get a straight answer out of Dynamite.

By the way, don't be surprised to see me take on my first monthly writing assignment at DC in 2007. It's going to be a fun year.
Posted by keith champagne at 5:36 PM 10 comments:

The test of time

Dungeons and Dragons: The Cartoon.

Question: What do those five things have in common?

Answer: They're all things I loved when I was a kid that I cringe at when seeing/hearing now. Too often, our childhood memories don't stand the test of time. I could go on and on almost endlessly, listing examples, but instead I'm going to point out one that I still think is just as good as ever.

Popeye: The Movie. Directed by Robert Altman, with Robin Williams and Shelly Duvall.

Although I didn't know it when it was first released, Popeye was a critical and commercial failure. It got horrible reviews and did lousy business. I remember seeing it with my father and two brothers at the Cinema Six in Groton and then watching it an infinite number of times on HBO the following summer. I still watch it every now and again if I catch it while channel flipping. I caught the second half of it tonight while inking backgrounds before bed and, like a visit with an old friend, it just made me warm and happy.

I thought--and still think--that Robin Williams is terrific as Popeye and Shelly Duvall is an absolutely perfect Olive Oil. She steals the whole movie. The songs are great, the entire cast is terrific, from Wimpy to Brutus to Oxblood freakin' Oxheart and his crooked old mom. The entire movie is filled with character and charm. I still buy into it, even after all these years and to me, that's the ultimate test of time.

Out of all of Robert Altman's movies, how bizarre that this one is my favorite. I would never be taken seriously as a movie critic but... I yam what I yam and that's all that I yam.
Posted by keith champagne at 7:51 PM 4 comments:

Jesus Antonio, are you still out there? I can't find your email address but if you see this, please drop me a line. I'd like to see some of your latest samples.

Thanks,
Keith
Posted by keith champagne at 5:29 PM No comments: